I originally made the timekeeper for myself but nowadays, besides developing and making the timekeeper, I enjoy meeting amazing people who are around the sport (mostly amateur).

Here is the continuing story of RaceMeter and the people it helps:

Athletes from SK Kardašova Řečice have been participants of our duathlons and triathlons since the very beginning (2016). They have seen for themselves that the timing system, which I first used only to measure my own races, works and the results are immediately available without any problems. They could also see the evolution that my timing device has gone through. In 2019 they asked me to measure their race “1/2 marathon Kardašova Řečice”, which they regularly organize. I promised to measure the race for them, with the understanding that if it worked, they would measure it themselves next year using their own RaceMeter device. I measured the race and the results for about 150 competitors were available before the organizers could bring the prizes for the winners. It was not entirely without complications. I wanted to be very sure, so I made two gates at the finish (each using one RaceMeter device). I didn’t realize at the time that the devices, if the antennas are very close together, can interfere with each other. Fortunately, missing records from one device could be quickly filled in with existing records from the other device. And because the individual RaceMeter devices can communicate with each other, the addition was made during the race itself. After the successful measurement, SK Kardašova Řečice was the first to order a 4-port RaceMeter device including a mat antenna.

How Zbyněk Michálek from SK Kardašova Řečice sees it:
Petr’s Racemeter has made the processing of results very simple and of course precise.
We have been organizing races for almost 10 years, for quite a long time I was looking for where to buy a chip timer, there was nothing anywhere, but of course several companies offered and still offer to measure the race, in 2016 we were offered prices for measuring the run 9-25 thousand CZK.
A friend who organizes races in Příbram bought a timing device from Germany at a price of over 200k. CZK. In this comparison, Peter’s timer is absolutely unbeatable.
I think we were the first ones to buy Racemeter, of course there were some bugs at the beginning, which we managed to eliminate after testing. Although I recently claimed that I don’t know what could be improved, the timekeeper is constantly updated, Peter’s service is excellent, for example he checked the correct settings remotely before the race. So for us we are completely satisfied with the purchase price, functionality and service. 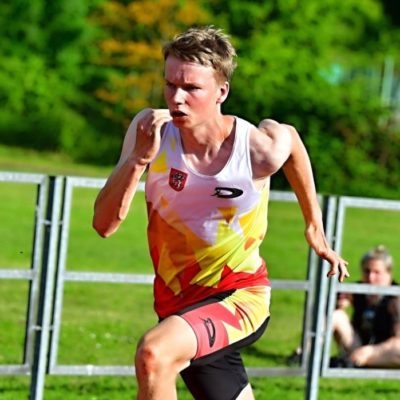 When I got the RaceMeter chip timing hardware and software to a state I was no longer ashamed of, I posted the information on the www.racemeter.eu website and did a little promotion on the Race Organizers Facebook group. Petr Horník from ASK Děčín noticed it. He was not even 18 years old at that time. We agreed to demonstrate my device. On 11.5.2021 I brought RaceMeter to Děčín at the athletics stadium. I explained how the device works and since the younger girls were training there, we agreed with their coach that they would help us with a demonstration of how RaceMeter works in real life. The girls were given starting numbers with chips and the RaceMeter measured them at the finish line. I also placed a camera in the finish area so that the data recorded by the RaceMeter could be compared back to reality. I sent Peter the videos that evening along with the chip timing information. It was clear from the data that everything was working as it should and the combination of the side antennas together with the chip twins in the start numbers worked. And since I had promised them to add the ability to count laps on the track in addition to supplying the RaceMeter equipment, they ordered the equipment including the antennas and chips. On 31.5.2021 I took the RaceMeter including antennas, cables and chips to ASK Děčín. Petr Hornik had 2 days to “make friends” with the device, because he wanted to use it at the Athletic Happening in Děčín on 2.6.2021. He measured some races himself, even competed in two races and celebrated his 18th birthday that day. And RaceMeter was there.

And how Petr Horník from ASK Děčín sees it:
In the athletics club ASK DĚČÍN we organize almost 10 competitions every year in the field and countless others on the athletics track. As early as 2020, we had the ambition to start measuring field events with professional chip technology. At the time of the COVID-19 pandemic, I started to explore all possible options. We could either bring in an agency or an outside person to time the races, but that would cost us tens of thousands a year with the number of races. So I looked around for prices for new proprietary chip technology, but a comprehensive package from companies like Mylaps costs nearly 200,000 CZK. But then I discovered Racemeter, a device from a domestic manufacturer that is also 4 times cheaper. So Peter and I quickly got in touch, bought the timekeeper almost immediately and even came up with a way to use it on the athletics track – it provides us with automatic lap counting. In addition, Petr also continuously improves the device and offers 100% support. I recommend the chip racemeter technology to all organizers who want to improve the quality of their races. 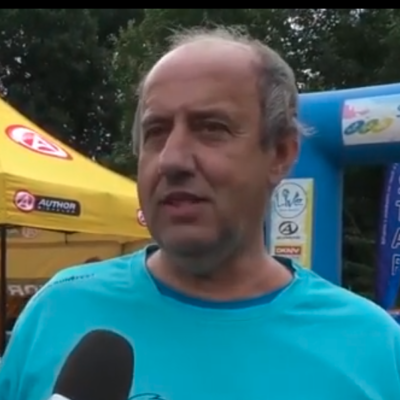 On 2.6.2021 in the evening after the Athletic Happening in Děčín I had a phone call with Petr Horník – I asked him how he managed it all. Petr told me that everything had worked as it should and that I would definitely get a call from a person who had timed some of their races before. He looked at the RaceMeter device and how Petr easily operated it from his tablet via wifi and shook his head in admiration.
The next morning at 8:00 Lubos Pribyl called me. He said that he had seen my timer in operation in Děčín yesterday and that he couldn’t sleep and had to call me right away. He “amuses” himself by measuring other people’s races besides organizing his own races. He already had experience with RFID timing (he measured many races), but what he created with the help of his friends was not so simple and “packed” in one case. And that one device he wanted to buy right away. Since the antennas he was using didn’t have the same type of connector that is on the RaceMeter equipment, I changed the connectors in the equipment and we arranged to deliver the equipment in two weeks. Since then he has timed several races on the RaceMeter equipment (Over Sharp for Sharp, Jablomann, Iron Dumpling 2021)

And what Lubos Pribyl from KONKORDIA Děčín thinks about it:
I was immediately impressed by Petr with his RaceMeter device. Since 2018 we have been measuring sports competitions with the help of RFID, but we are amateurs and we created everything ourselves. However, RaceMeter has taken us further and our measurements have become simpler and more efficient at the same time. I believe that thanks to the cooperation with Peter and RaceMeter we will also improve further connections regarding the full service of data processing of sports competitions.
Thanks Peter !!!

When I heard from Pavel Lopour from the Heřmanův Městec Running Club it was another challenge for me. At the first meeting (with a bunch of nice sports enthusiasts) in Heřmanův Městec and the introduction of the RaceMeter equipment, I learned that besides outdoor running races they would like to use the timing device to measure cycling races – time trial on the roads. And I was a bit worried about that – firstly, whether the speed of over 50km/hr that individual racers can have at the finish line will be too much for the timer and secondly, whether the antennas placed only on one side of the road will be enough. The race was held in full traffic and it was not possible to stretch the cables to the other side of the road at the finish. In addition, races like time trials use so called interval starts and RaceMeter did not know how to do that back then. We agreed that I would come and measure the time trial for them and if they liked it, they would order the timing device. I added interval starts to the timer – I’m sure other organizers will use it too. However, I had to test whether placing the antennas on one side of the road along with speeds in excess of 50km/hr would be a problem. This too was verified and all the chips I placed on my bike and myself were recorded by the timekeeper in the tests. So I was able to measure the Hermanoměstecká střela time trial on 8.6.2021. I tried there both interval starts and starts according to the time when the competitor actually left the start. I had at that time (the start was different than the finish) another device with antennas in the start area. This device sent information about chip passes to the finish (main) device. The device at the finish line could evaluate the race both by the predetermined intervals between the starts of each competitor, and by the actual time a given competitor left the start. The timing device measured all 70 competitors as it should have. The guys from Heřmanův Městec have already bought their 8 port RaceMeter and will use it to measure their next races.

And how Pavel Lopour sees it:
The idea of using a simple system to measure amateur races has been on our minds for almost three years. However, finding a suitable system for a wide range of races (the Lord of Mrdic league) seemed almost impossible. The requirements for a timing system are clear for all organizers, i.e. affordability, automatic recording, user simplicity and especially the variability of race settings. We have tried our own solutions through macros in Excel, arduino systems for fast recording of times according to start numbers to automated systems built purely on the Access database package. All experiments have led to the sad conclusion that the preparation, operation, evaluation, including publication of the result, are so complex and time-consuming with these improvements that we prefer to stick with the “punk” pencil-paper-track concept.
After the discovery of a “pro” timekeeper from an enthusiast under the brand RaceMeter, everything started to move fast. The first demonstration under the lime tree, test races with new settings and other improvements convinced us that this system, including the human approach in developing the software interface according to our requirements, would be the right one for our events. Thanks Petr!